Laminted high quality 60 x 83 cm three-colour wall chart with step by step instructions of each of the breathing exercised and detailed explanations of each exercise’s function on the body’s organs.
These exercises were developed by General Yueh Fei in the 12th Century to invigorate his soldiers on their long treks.
They were later used by Shoalin monks to reinforce the functional order of the body’s energy system and to fortify against illness during their hard martial arts training and physical labours.

There are no reviews yet. 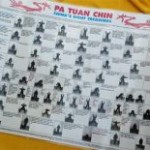 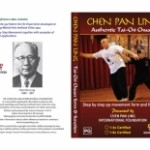