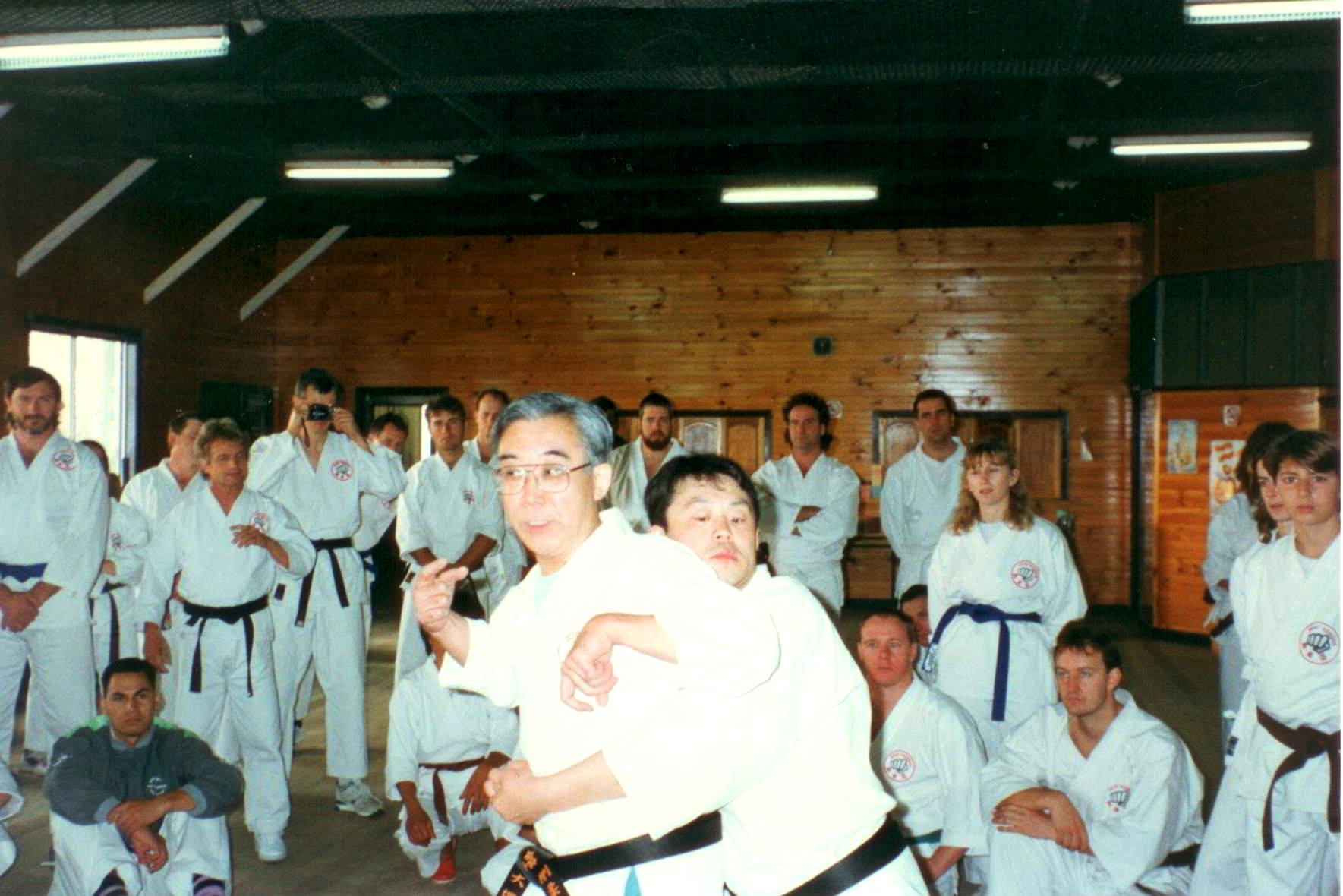 Ohtsuka Sensei was a lover of good coffee, a habit I have also picked up; I will drive for an hour for a delicious cup or 2 of freshly ground coffee. Sometimes I would meet him at Shintomi Subway Station to travel to another dojo for a visit or to train, and, knowing his love of coffee I would purchase 2 cups at the coffee house adjacent the subway station. I would then be faced with the unenviable task of negotiating these steaming hot cups through the throngs of milling passengers and the hundreds of stairs of the subway station.

Ohtsuka Sensei would look with horror as I produced the cups, a little lighter in weight than when I had started on my journey, for I had inevitably spilt a little of their precious contents.“Somebody bumped me”, I would humbly explain.“Hmmmm”, he scoffed, “I will show you an exercise to avoid you spilling my coffee in the future”.

Later in the week when we trained alone he showed me a partner exercise which is like a martial arts version of the game of chicken; you stand 3 metres apart and begin to walk towards each other; one person continues walking directly forward whilst the other, at the last moment before a collision occurs, turns their body and move around the attacker. Both the attacker and defender must maintain balance and control without being bumped over. ‘This will save you spilling hot coffee in the subway over people,’ Ohtsuka Sensei laughed.

Ohtsuka Sensei not only taught me how to gently walk around people at a busy subway station, but also how a Karate-ka should conduct themselves gently, both physically and psychologically. He quoted Theodore Roosevelt: “Walk softly but carry a big stick. Do you understand?” he asked me. Before I had time to make something up he proceeded to give me a lesson that I have never forgotten. ‘A Karate-ka should have a peaceful mind. It’s very complicated, but also very simple. A Karate-ka must be generally, polite, gentle and kind, but when required must be stern and not compromise his principles. Otherwise people will take advantage of him very quickly.

Ohtsuka Sensei also explained that a real Karate-ka should not actively seek out fights, or carelessly show off their strength or skills.“If you wish to fight you have lost your connection to the universe. If you wish to hurt, bully or dominate people then you are already defeated.Rather than break your opponent, instead break their spirit, or intention to harm you. This takes real skill. You must be clear, don’t give them the wrong idea, otherwise they will mistake your kindness as weakness. We should protect others and not allow ourselves to be harmed. That is a real Karate-ka”. 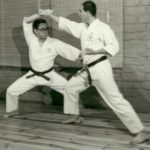 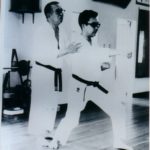 The Kickboxing Convert
Scroll to top